Chapter 7: How Literacy Affects the Settlement of Immigrant Women

By the end of this section, you should be able to

Lack of Opportunity, Not Lack of Ability

So far in this chapter, you have been introduced to several experiences of LFLL immigrant women and the challenges they have faced in confronting basic survival challenges. The contributing factors that lead to low functional literacy are not products of the inability to learn or lack of intelligence. You can surmise from their stories that these women are resourceful and resilient in finding ways to face basic survival challenges despite low literacy. There are a number of interrelated factors that contribute to low first-language literacy of immigrant women in their home countries:

Some cultures do not encourage or allow women access to education. Women from patriarchal cultures such as those in Pakistan, Iraq, South Sudan, and Afghanistan are not encouraged to fully participate in society in a manner equal to women in many other countries. Such societies dissuade a girl’s or woman’s desire to learn despite their aspirations.

War creates a refugee culture where safety, food, and shelter take priority over education. This is compounded by cultural and religious restrictions and limited opportunities for formal education.

Speaking a first language from an oral culture with no formal written language does not provide a reference point for learning a language that has a written system. Therefore, letter-sound recognition, decoding letters for reading, numeracy, and learning how to use a writing instrument are concepts and skills that are not innate to the learner.

Older women may come from a generation when literacy was not as high a requirement as it is for women in later generations.

According to CIWA’s presentation Low Literacy Employment Assessment Tools and Methodology for Immigrant and Refugee Women, some of the countries that immigrant women with low functional literacy may come from are Eritrea, Somalia, Ethiopia, Myanmar, Sudan, Iraq, Pakistan, and Afghanistan (caplatv, 2018).

UNESCO (2012) has established scorecards for countries that have the lowest literacy rate for women in an article, The bottom ten countries for female education. According to the country scorecard, Pakistan, Somalia, and Ethiopia are among the bottom 10 countries for educating women. For example, in Pakistan, where they celebrate Malala Day to commemorate the sacrifice made by Malala Yousafzai, an activist for female education, the poorest women aged 17 to 22 have on average attended only one year of schooling.

The cultural barriers that discourage women’s education in countries like Pakistan explain how this societal value, or lack of value for women’s education, impacts women who come to Canada as immigrants. Culture more than religion dictates the devaluation of education. Patriarchal cultures do not see the value in investing in women’s education because women’s roles are to serve as wives, mothers, and homemakers, and not as leaders in their communities. A fundamental socio-cultural bias favours males in these cultures. This bias has an economic reason that supersedes socio-cultural reasons—the investment in a girl’s education includes the cost of education tools such as books, uniforms, and study materials, but a girl’s education does not add value to her marriageability. A girl’s value is in her work in the home or in the field (Brock & Cammish, 1997).

Cultural practices in South African rural groups are described in detail in the article ‘Cultural’ practices continue to force girls out of school: Time to act decisively by Relebohile Moletsane (2017). The article describes a skit by a group of women that plays out a common practice known as the “Coming Out Ball,” a tradition in which young girls are chosen for marriage under the direction of their parents. Many women in this culture are familiar with this arrangement and have endured it because of patriarchal control over their choices. Dropping out of school to serve as a wife and to produce children is a young girl’s fate in these cultures (Moletsane, 2017).

Effects of War on Immigration

War is another factor that adds to the challenges of LFLL immigrant women. War creates refugees who flee from a familiar country and culture in which they had an established identity and a familiar pattern to their lives. In their home society and culture, literacy skills may not have been an impediment to thriving, but when they are forced to flee to refugee camps and move to new countries, immigrants encounter societies that have a different standard of life and much higher literacy standards than the community in which they had originally established their lives. Imagine the added stress of finding themselves in a society where their ability to survive is compromised by their inadequate literacy and second-language skills.

In 2015, Kabul University launched a master’s degree in Women and Gender Studies. Nonetheless, the country has one of the biggest education gender gaps.

According to UNICEF, girls accounted for 60% of the 3.7 million Afghan children who were out of school before the Taliban took over (UNICEF Afghanistan, n.d.).

In Afghanistan, only 37% of teenage girls can read and write, compared to 66% of boys, according to Human Rights Watch. Government data suggests that one-third of girls are married by the age of 18 and nearly 9% by the age of 15 (Batha, 2022).

However, resilience is not lost but is built through adversity such as war. The TEDx Talk Why Children of Immigrants Work so Hard, by Colleen Bies, a child of immigrant/refugee parents, reinforces the impact of strength despite adversity.

How does low first-language literacy affect immigrant women when they come to Canada?

There are general stereotypes of immigrant women—they will do work that Canadians will not do, or they are security threats because of the political state and values of their countries of origin. Another stereotype is that they take jobs away from Canadians. A comprehensive report from the Canadian Research Institute for the Advancement of Women (CRIAW) (2003), Immigrant and Refugee Women, expands on these stereotypes and myths. The report discredits these stereotypes and highlights some significant contributions of immigrant and refugee women. The story of former Governor General Adrienne Clarkson (Jetelina, 2011) is one such immigrant story of success. There are many other stories of immigrant women who worked hard to support and advocate for their children’s education.

The CRIAW report is a valuable resource to add to your understanding of how immigrant women are perceived and how their stories break preconceived stereotypes.

What do LFLL immigrant women contribute economically and socially to Canadian society? While watching the TEDx Talk Migrant Women: Labels that Define Us, by Michele Levoy, reflect on the following: 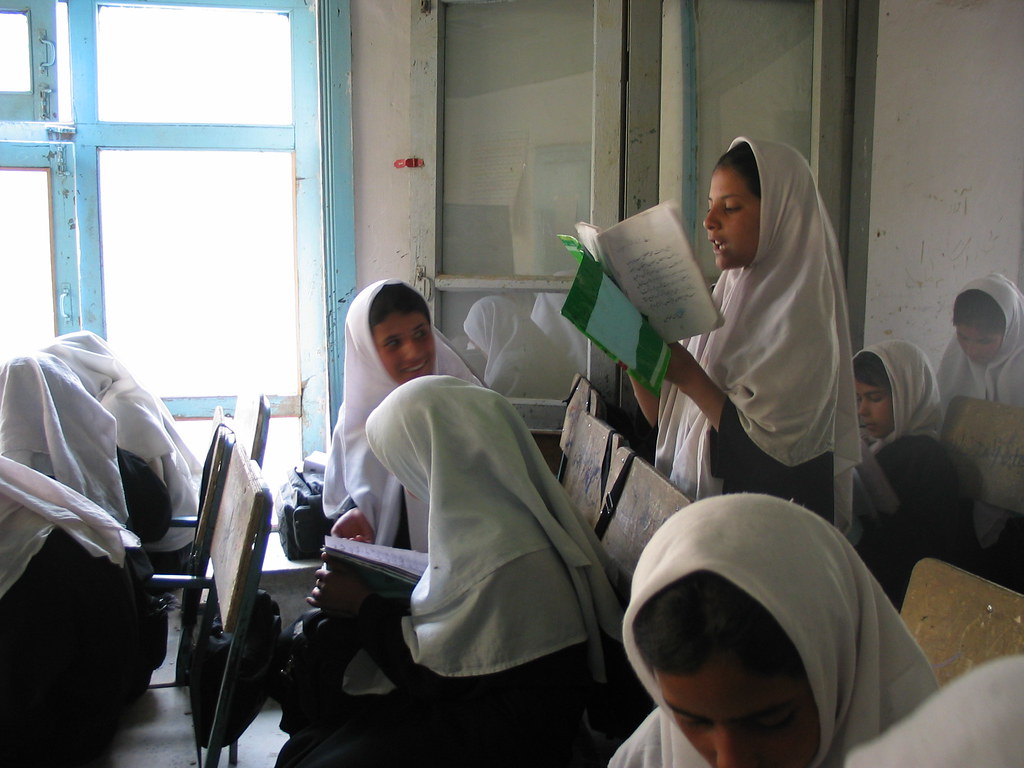 Beyond the life skills challenges of housing, financial resources, food security, and accessing legal services and health and mental health services, having access to gender-specific services provides a safe environment that can alleviate the stress of sharing female-specific experiences with a man, especially when the women come from patriarchal cultures and countries. “Receiving services from women, being in a community with other women, is so empowering for them. The women’s only environment is key to helping women become independent and make independent choices” (Bhuyan & Schmidt, 2019).

Women supporting women is a service model that has been implemented by several organizations. Women-centred and holistic services can be found in organizations such as the Calgary Immigrant Women’s Association (CIWA) Centre, Immigrant Women Services Ottawa (IWSO), and Newcomer Women’s Services Toronto (NEW). Wraparound services literally “hug” a woman during her settlement journey. Support services and programs incorporate all areas of settlement in a safe, supportive, and familiar environment of women who are often immigrants themselves and have experienced and survived similar settlement challenges. These women-specific agencies offer programs and services that respond to all areas of settlement needs such as language training, family literacy, family service supports, mental health trauma-informed support, legal support, housing support, health literacy, employment training for all levels of functional literacy, and childcare support.

The following is a reflection by a student, Ankita, taken from Florence Osei Poku’s master’s thesis, Adaptation and Survival Strategies of Refugee Women with Disabilities In Saskatoon, Canada (2018). Ankita’s reflection on her learning experience highlights her growing independence and confidence because of taking English classes. Her improved English-language skills allowed her to communicate independently in a high-stakes situation without having to rely on another person:

I take English-language courses at the Global Gathering Place five times a week that is being sponsored by the government. The classes have helped me to express myself in English because I did not have much education and I do not know how to even write Arabic. My teachers are very good, patient, and understand that I am partially blind. They have been telling me I qualify to go to an upper level, but I do not want to because my current teacher understands my situation. When I got to the hospital and my translator comes in late, I can speak to the receptionist, so she knows I’m in for my appointment (Ankita, 2018, quoted in Osei Poku, 2018, p. 74).