Despite its complex scope, settlement studies needn’t look far to find reasoning for a focus on gender in both policy and practice. The summary findings from the Settlement Outcomes HIGHLIGHTS Report 2021 (IRCC, 2021c), by Immigration, Refugees and Citizenship Canada (IRCC), indicates gender as a significant factor among the key themes identified in its high-level research report:

Settlement programming design, such as when and where service delivery is provided, can have an impact on the ability of newcomer women to access services. Shortages in the availability of child care can have gendered effects, as women are greater users of child care. Data from the Immigration Contribution Agreement Reporting Environment (iCARE) show that, among women, a work placement was the most common form of long-term employment intervention (51%) and 72% of these were unpaid, compared to 52% for men.

The application of a gender analysis might begin with a central question to uncover the roots of these findings: How are the settlement experiences of men, women, and non-binary people different, and why? The IRCC states a need for Canada’s settlement program to apply a focused gender lens to address barriers to integration. Both individuals and organizations can cultivate skills and knowledge to advance gender equality in recognition of its interdependence with positive settlement outcomes.

The following scenarios (with images) are excerpted from pp. 2.1–2.2 of the Canadian Council for Refugees (CCR) Pathways to Gender Justice Toolkit (2006). As you review the scenarios, think about your answers to the following questions:

A man who arrived in Canada three years ago with his children has been recovering from his wife’s death. He has felt alone and at times suicidal, but he has kept on because of his love for his children, now aged four, seven, and eight. He speaks a little French and no English. His settlement counsellor has been trying to get him to attend a men’s group in his first language, but he cannot afford a babysitter on his low income. Why is child care not provided for immigrant men’s groups? Consider the many reasons that a father who has immigrated to Canada needs access to child care. 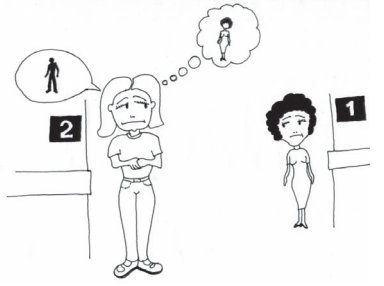 Two professional women who are life partners immigrate to Canada together on separate applications. They get an apartment together and take low-paying jobs that are not related to their educational and professional experience. They have no family or friends in Canada but are sending money back to their home country to support their children and parents. They are having trouble keeping up with the cost of living in a Canadian city, and the stress starts to affect their health. When they visit a local community agency to ask for support, they are connected with separate social workers. The community agency and the social workers have assumed that they are single women who have never married and have no children. One social worker has asked one of the women if she is dating any men now that she has started to settle into her new life in Canada. The woman answers “no,” but she does not know what will happen if she explains that she is living with her life partner. Consider how safe or unsafe it is for immigrants and refugees to disclose their sexual orientation to community agencies and therapeutic offices, and in immigrant- and refugee-serving sector encounters. 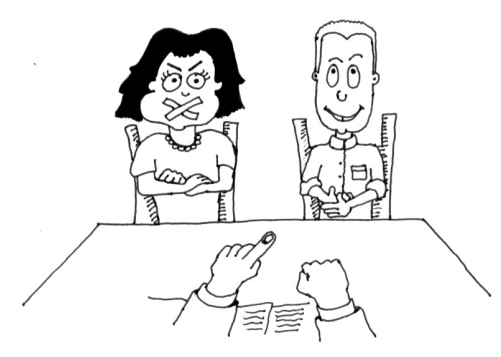 A woman who has always been responsible for her family’s finances flees persecution with her husband and children. They are resettled to Canada as government-assisted refugees. The husband is identified as the “head of household” and receives the income support cheque in his name. This results in tensions within the family. The man feels confused about what this new country expects of him. The woman feels that her role in the family is being taken away and that she is not valued in this new society.