More than 90% of recent immigrants to Canada reside in metropolitan areas (Dam & Wayland, 2016, p. 362). The top four provinces for immigration are Ontario, British Columbia, Quebec, and Alberta (Guo & Guo, 2016, p. 46). The positive impact of Canada’s immigration program continues to build Canada’s economy and cultural diversity. Urban versus rural resettlement has its own benefits and challenges. For example, the benefits of living in an urban centre include access to traditional foods in local ethnic grocers, religious places of worship, and ethnocultural community activities and celebrations. In contrast, some immigrant seniors may prefer a rural setting, particularly if they were used to living in a remote farming community. However, moving from an urban centre to a rural community may lead to feelings of isolation from one’s culture, community, language, and other identity-forming factors. 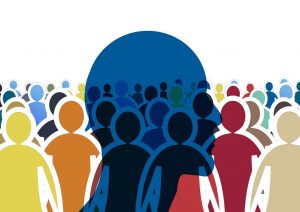 In 2016, immigrant seniors represented 31% of all seniors in Canada (Kei, Seidel, Ma, & Houshmand, 2016, p. 1). Most were sponsored under the Parent or Grandparent Program. According to Mandell, Hemphill, Borras, and Phonepraseuth (2019), immigration from Africa was the highest in 2016, with 13.4% of working-class immigrants hailing from Nigeria, Morocco, Cameroon, and Algeria (p. 3). Refugee immigration was second highest from Zimbabwe and Sudan (Stewart et al., 2017, p. 234). Furthermore, in Guo and Guo’s 2016 study, Calgary was the city with the fourth highest number of recent economic-class immigrants, most coming from the Philippines, India, China, Vietnam, Pakistan, and South Korea (p. 53). In summary, immigrant seniors migrate from various countries of origin and reside across various parts of Canada.

Many of the case studies or situations described in this chapter take into account migration stories and the family and cultural dynamics of immigrant seniors. Note that case studies and situations are based on real-life scenarios that have been adapted to create fictitious scenarios and events. Now we will contextualize immigration and the impacts of settlement on seniors in Canada.

Many elderly immigrants who migrate to Canada do not have the skills to navigate cultural dynamics, so personal, psychological, and social supports are necessary to reduce stress among elderly immigrants related to migration. These supports include relational, structural, functional, and constitutional supports for appropriate integration into Canadian systems and cities (Noh, Kim, & Noh, 2018, p. 214). “Relational supports” refers to personal connections such as extracurricular activities and interests and building friendships. “Structural supports” refers to an understanding of and ability to access services that may be relevant to the lived experiences of immigrant seniors. This may include access to affordable transportation, health and wellness information, and access to services. In contrast, “functional support” includes having the practical life skills to live in Canada, and “constitutional supports” may include an understanding of basic Canadian human rights and local laws that protect these rights in an everyday setting.

Late-life migration among elderly immigrant working-class refugees and retired newcomers presents complex resettlement challenges. In one study, elderly Korean Canadians were found to have adjustment challenges specific to language barriers, personal and social networks, access to health and social services, and coping with family relationships (Kwak & Lai, 2018, pp. 220–224). Children were the primary resource for help and the type of help was based on gender (Kwak & Lai, 2018, pp. 220–221). For example, working males were expected to be the breadwinners and bear familial financial responsibilities, including that of financial elder support, whereas female working children were expected to provide emotional support to elders (Kwak & Lai, 2018, p. 221). Transportation and curricular activities provided opportunities to combat isolation (Kwak & Lai, 2018, p. 227).

In contrast, refugee families faced more challenges obtaining social supports, particularly because many were unable to migrate with traditional elders and became elders themselves at earlier ages to act as role models for young, orphaned youth in the extended family. Stewart et al. (2017) shares in one study of Zimbabwean and Sudanese refugee migration that “an expectant mother lives with her mother until she gives birth. The mother and sisters provide support needed, including practical support. However, this traditional support was unavailable to new mothers in Canada” (p. 241). Also, affordable childcare was the most challenging among refugees in this study because the extended family of elders was unavailable, leading to higher rates of postpartum depression (p. 246). As such, for many refugees, an elder may be a significant individual in the ethnocultural community and may take on the role of a mentor or older elderly figure. Also, peer support groups, information support, culturally sensitive language support, and cultural recreational support provided intervention mechanisms among refugees, leading to better chances of integration and resettlement. We will now discuss concepts of what it means to age in a resettlement context.

“Healthy aging” refers to the normal cycle of aging based on physical changes and the autonomy one becomes accustomed to (Sadarangani & Jun, 2015, p. 110). “Aging in place” refers to having a familiar home, supporting environment, and community (p. 110). For many elders, late-life migration results in aging out of place, which leads to increased social, psychological, physical, and financial stress that otherwise would not occur if the person had remained in their country of origin. For example, elderly family members may be required to help with full-time grandparenting while learning to integrate into Canadian society, learn a new language, and build social connections. This may cause resentment, fear, or anger towards adult children because elders become more dependent on the younger generation for emotional and financial support. It is also important to note that Straiton, Ledesma, and Donnelly (2018) found that half of the immigrants around the world were women and as such faced greater social disadvantages, poorer socio-economic conditions, abuse, and social isolation (p. 2). Simich, Hamilton, and Baya (2006) found that health challenges experienced by Sudanese elders were caused by “work-related frustrations and stresses, and family separation” (p. 429). Este and Tachble (2009) shared an anecdote from one Sudanese father, who reported, “In Canada as an immigrant I do not have time for the family because all the time I just work, work, sleep, and there is no time that you can enjoy, even with your family” (p. 462).

The settlement experiences described in this section vary depending on immigration class and familial supports. However, there are recurring themes along the lines of challenges with social supports, isolation, dependency, loss of autonomy, and health and wellness challenges among immigrant seniors who have settled in Canada.

Zamir immigrated with his son and daughter-in-law to escape civil war. He is a medically trained doctor and was about to retire before bombings began in his home country. Zamir is well respected in his community in Calgary and finds solace in attending his local mosque and volunteering in his ethnocultural community. Zamir wants to impart cultural and traditional norms to his adult children. His son and daughter-in-law are expecting their first child this year.

INSTRUCTOR NOTE
This activity can be done in pairs or small group. This activity allows learners to digest and consider the information provided about settlement, resettlement, aging-in-place, out-of-place, and healthy aging.