Michelle To and Valentin Villatoro 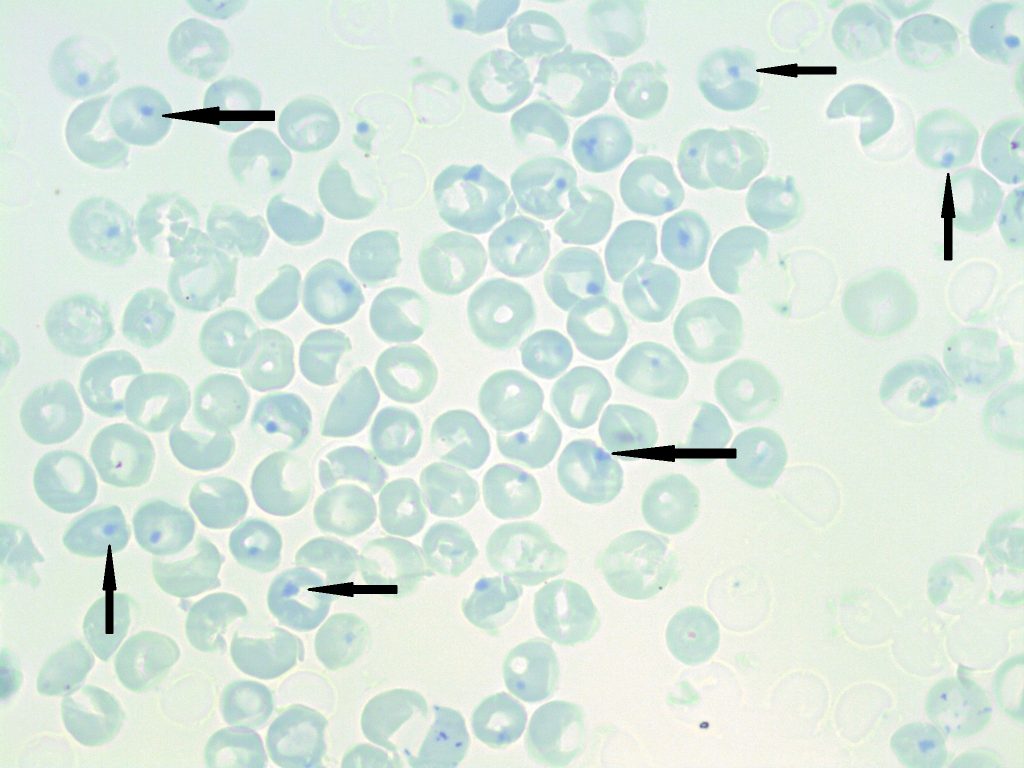 The HMP Shunt describes the glycolytic pathway where glucose is transferred to and catabolized in the cell to produce ATP and maintain sustainable amounts of reduced glutathione (GSH). GSH acts to protect the red blood cell from oxidative damage by reducing oxidative molecules (Peroxides and free oxygen radicals) and becoming oxidized itself.

In the HMP shunt, NADPH is generated by G6PD from NADP which than acts to regenerate reduced glutathione from its oxidized state to allow continued protection from oxidative damage. A lack of G6PD results in increased red blood cell destruction.

G6PD activity is highest in younger cells (i.e. reticulocytes) compared to that of older and more mature red blood cells.1

Glucose-6-phosphate Dehydrogenase (G6PD) Deficiency by Michelle To and Valentin Villatoro is licensed under a Creative Commons Attribution-NonCommercial 4.0 International License, except where otherwise noted.