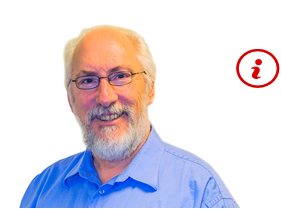 Decide if the statements below are fact or opinion.

Ana works at Cellphones Plus, a kiosk directly in front of where the loose tile was in the mall. She saw the employee from Tech Shop trip and fall. Read the text from Ana’s description of what happened. Look for fact and opinion statements.

I was at work on Saturday. It was the 28th of  August. I work every Saturday. I think it’s the busiest shift. Ahmed from Tech Shop tripped and fell. I felt really bad for him. He looked so awkward, and everyone seemed to be staring at him. He fell right in front of our kiosk. I was sure that someone was going to trip there because there’s a tile that was loose. I think someone was going to call Maintenance about it. Yeah, so Ahmed was carrying the box, chatting with a customer. Then all of a sudden there was a crash, and he was on the floor. I think that whatever was in the box probably broke because the crash was really loud. They had to take the box back to the store and get the customer a new item.

It was around 10:15 when it happened. Yeah, it must have been because I had only been working for a little while, and the mall opens at 10 o’ clock. So, I was helping a customer. It was a super busy Saturday, maybe because it was a long weekend? Ahmed is a really nice guy. He’s always helping customers. The box he was carrying looked pretty big. I think it was a new stereo or computer. There must have been a sale or something at Tech Shop because lots of people were shopping there.

They really need to take better care of the floors here. That was just an accident waiting to happen. I went to see if I could help Ahmed after I finished with my customer, but someone from Security came right after that. I think he hurt his hand or wrist or something like that because they called for paramedics. They had to take him to the hospital to get X-rays.

A person from Maintenance came about 15 minutes later to put up a safety cone. I guess they started to fix the floor today.

Determine which of the following phrases from Ana’s statement of what happened are fact and which are opinion.

Notice that the statements that are facts are all written in the past tense.

2.5 Writing a description of an event

Using the past tense in descriptions

When writing descriptions of past events, you will need to use the past tense. Pay attention to how the simple past tense and past progressive are used.

Simple past tense is used to describe actions that began and ended in the past.

Use the simple past tense for the following:

Past progressive is used to describe an action that was in progress for a period of time in the past.

Past progressive works for the following:

* I was unpacking the boxes when she arrived.

* Ahmed was answering the phones while Paul was helping customers.

* They were repairing the floors for two weeks.

Complete the sentences with the correct forms of the verbs, either the simple past tense or the past progressive.

Look at the Incident Investigation Report for the incident at CDN Malls. Most of the report has been completed, but the description of the incident in Section 5 is incomplete. 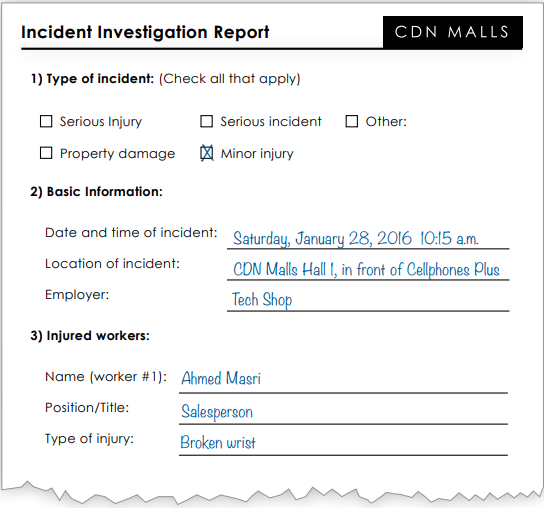 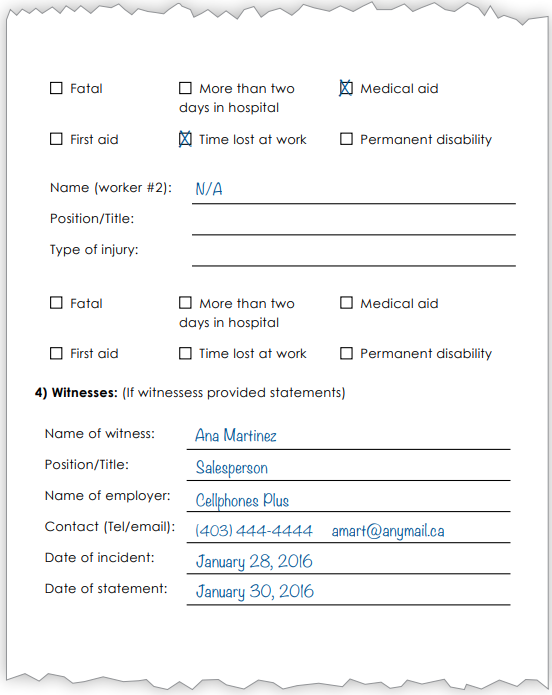 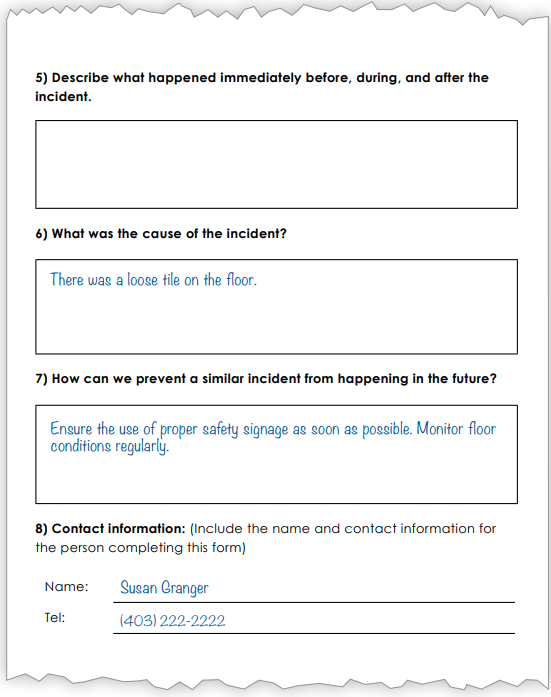 The table is a special type of form called a rubric. Rubrics are often used to measure how well a person completes a task.

On the left side is the writing task or assignment, with the main requirements below it. The requirements show how you should complete the task.

There are spaces for checkmarks in the three middle columns to show how well you did. On the right side, there is a space for comments from the instructor or tester.

Complete the writing task on the next page, paying attention to the expectations in the rubric.

There was an incident at the mall. Lisa Brent, a customer, was in the food court. She slipped on a wet floor. Read the conversation between Raja and Paul to find out what happened.

Help Raja fill in an incident report. Use the information from the instructions of this task and the conversation between Raja and Paul to write a one-paragraph description of what happened. Include factual statements in the past tense to describe the incident. Make sure you include an introduction, a description of what happened, and a conclusion.

In the Workplace: An Intermediate Integrated Skills Textbook by Bow Valley College is licensed under a Creative Commons Attribution-ShareAlike 4.0 International License, except where otherwise noted.